The State Board of Education adopted the new guidelines on Wednesday —which outline what will be taught to New Jersey’s 1.4 million students. 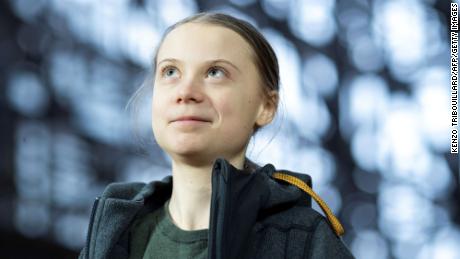 It’s the first state to include climate change education in it’s K-12 learning standards, officials said in a statement.
New Jersey’s first lady Tammy Murphy pushed for the new standards and met with 130 educators statewide.
She said New Jersey is already dealing with problems caused by climate change, including disappearing shorelines, algae blooms, super storms and hot summers.
“This generation of students will feel the effects of climate change more than any other, and it is critical that every student is provided an opportunity to study and understand the climate crisis through a comprehensive, interdisciplinary lens,” she said in a statement.
Young people, including teen activist Greta Thunberg, have been at the forefront of recent climate change protests and students in more than 100 countries staged walkouts last year.
The new standards, which will go into effect in 2021 and 2022, cover seven subject areas — 21st Century Life and Careers, Comprehensive Health and Physical Education, Science, Social Studies, Technology, Visual and Performing Arts, and World Languages.
The Mathematics and Language Arts guidelines aren’t up for review until 2022, but the board added climate change standards as an appendix to those subjects.
Former Vice President Al Gore praised the move.
“I am incredibly proud that New Jersey is the first state in the nation to fully integrate climate education in their K-12 curricula,” Gore said in a statement. “This initiative is vitally important to our students as they are the leaders of tomorrow, and we will depend on their leadership and knowledge to combat this crisis.”
Gov. Phil Murphy has made fighting climate change a key part of his agenda and has called for the state to use 100% clean energy by 2050.