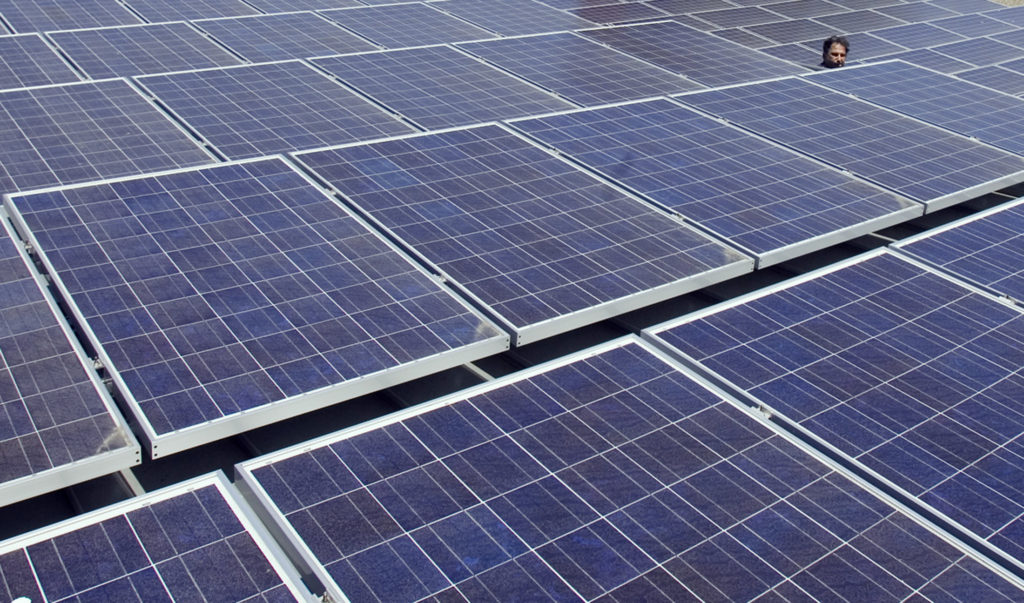 On March 24, just before the city council of Santa Cruz, California passed an emergency measure to prevent evictions of renters suffering from lost income during the coronavirus pandemic, it adopted another new ordinance: effective July 1, all construction permit applications for new buildings in the city must submit a declaration that their design is “Natural Gas-Free.”

With that vote, Santa Cruz became the 30th city or county in California to enact a measure limiting or prohibiting the use of natural gas in new construction. It was just the latest in a string of victories for the “electrify everything” movement, which is pushing for a rapid transition away from burning natural gas and other fossil fuels in buildings.

In the past year, gas bans have spread with a speed that has taken even some of its most ardent proponents by surprise. Last July, Berkeley became the first city to adopt an outright prohibition on gas connections in most new buildings. A raft of other California cities followed with their own versions, including Menlo Park, home to some of Silicon Valley’s biggest tech companies, and San Jose, the tenth largest city in the nation. In November, the movement leapt beyond California when Brookline, a large suburb of Boston, became the first municipality in Massachusetts to pass an all-electric requirement for new buildings.

In the past year, gas bans have spread with a speed that has taken even some of its most ardent proponents by surprise. Last July, Berkeley became the first city to adopt an outright prohibition on gas connections in most new buildings. A raft of other California cities followed with their own versions, including Menlo Park, home to some of Silicon Valley’s biggest tech companies, and San Jose, the tenth largest city in the nation. In November, the movement leapt beyond California when Brookline, a large suburb of Boston, became the first municipality in Massachusetts to pass an all-electric requirement for new buildings.

Dozens more U.S. cities are contemplating their own gas bans or all-electric mandates, motivated primarily by climate concerns. In Seattle, a proposed ban on natural gas systems in new construction is being considered by the city council. Bellingham, Washington is considering outlawing gas heating in new and existing buildings. In March, the city council of Takoma Park, Maryland passed a resolution to achieve net-zero emissions by 2035; the next step will be developing specific ordinances, including one potentially phasing out gas appliances. Last week, Ann Arbor, Michigan unveiled a similar plan.

“Twelve months ago, we were in early discussions with just a couple jurisdictions in California,” said Sage Welch, who leads outreach and communications for the Building Decarbonization Coalition, a network of city governments, utilities, and nonprofit organizations advocating for electrifying buildings. “Even the advocates working on this have been really floored by the way that cities have picked this up and run with it.”

City leaders, lawmakers, and climate activists pushing for all-electric policies argue that continuing to rely on fossil fuel-burning furnaces, water heaters, and cooking ranges is incompatible with plans to bring net carbon emissions to zero by mid-century or sooner. They are also making the case that electric appliances are safer and healthier — since they don’t produce combustion byproducts like particulate matter, carbon monoxide, or nitrogen dioxide — and cheaper over their lifespans than conventional gas systems.

“Over 60 percent of homes nationwide rely on gas or other fossil fuels for heating.”

Even as the electricity sector’s carbon intensity has declined in recent years — in large part due to a switch from coal to natural gas as the dominant fuel — emissions from the use of fossil fuels in buildings have held steady. One reason is that local leaders, climate activists, and regulators have overlooked the long-lived appliances used to cook and heat offices and homes as a source of climate-warming pollution. States and cities are now pursuing a variety of approaches to cut carbon emissions produced by their buildings: whole-building energy efficiency targets, system-specific electric mandates, and, increasingly, comprehensive gas bans.

But just as the electrify everything movement has gained momentum, opposition has coalesced in some places. In February, with the support of gas utilities and the homebuilding industry, Arizona’s legislature passed a measure preventing local governments from prohibiting natural gas infrastructure. Lawmakers in five other states — Missouri, Minnesota, Oklahoma, Tennessee, and Mississippi — have proposed similar bills preventing the bans.

“The gas industry is extremely powerful and well-resourced,” said Mark Kresowik, eastern region deputy director for the Sierra Club, which has been advocating for policies favoring electrification. “But there’s a growing recognition that electrification and getting beyond the gas system has tremendous benefits for consumers and communities. It’s cheaper, healthier, safer, and ultimately what we have to do for the climate. It is inevitable in the same way moving beyond coal power is inevitable.”

Two key factors have recently aligned to make going all-electric more feasible for policymakers, homeowners, and developers, as both a carbon- and cost-cutting measure. Electricity generation produces far fewer greenhouse emissions than it once did. And electric appliances have become more efficient, user-friendly, and reliable.

A few decades ago, gas furnaces were a cheaper and less-polluting choice than electric space heating systems plugged into a grid dominated by coal-fired power plants. But today’s electric grid is cleaner. In California, more than half of the electricity used by consumers is now zero-carbon; state law requires this share to reach 60 percent by 2030, and 100 percent by 2045. Nationally, about 38 percent of electricity was generated by zero-carbon (renewables or nuclear) sources in 2019, up from about 23 percent in 1980. Along with new mandates and market trends, recent improvements in energy devices, such as air-source heat pumps that can efficiently keep spaces warm or cool in a wide range of climates, have the potential to make conventional gas-burning heaters — and the vast infrastructure required to fuel them — obsolete.

“Natural gas has long been perceived as the lower cost option” compared to older electric resistance-based space or water heaters, said Pierre Delforge, a senior scientist at the Natural Resources Defense Council who specializes in energy-efficient appliances and technologies for buildings. “But that’s no longer true with heat pumps. They are four or five times more efficient than gas alternatives. That shifts the economics.”

Those efficiencies, he said, unlock huge cost savings over the lifespan of appliances — savings that come on top of the avoided costs of connecting a home to gas lines. “These local codes and ordinances are focused on new construction, because there’s no question about the economics,” Delforge said. “It’s cheaper and faster to build all-electric than with gas because you don’t have to connect the building to the gas main in the street, and there’s no gas plumbing in the building.”

While outright gas bans have proved popular in California, lawmakers in Maine have taken a different tack: last year they passed a law setting a target of 100,000 heat pumps installed in the state’s homes by 2025. “Considering that there only about 500,000 homes in Maine, it’s the most ambitious building decarbonization policy in the U.S,” said Kresowik. To help meet the target, the state’s energy efficiency program recently doubled the rebates it offers for heat pumps.

“Large cities like Philadelphia and Washington, D.C. are coming up with transition plans for decarbonizing their gas utilities.”

Meanwhile, large cities like Philadelphia and Washington, D.C. are coming up with transition plans for decarbonizing their gas utilities. That entails exploring options for retiring gas pipelines and fully electrifying heating and water heating, and identifying the lowest-cost route to meeting carbon targets. “In D.C., where I live, the public service commission recognizes that you can’t do new gas hookups until we’ve planned for the gas system’s alignment with climate commitments,” said Kresowik. “That’s something every regulator should be doing now.”

In California and elsewhere, policymakers are trying to ensure that low-income households and consumers aren’t left behind in the transition from gas-fueled to fully electrified houses, apartments, and businesses.

They are drawing lessons from the past decade’s boom in residential solar systems. Affluent early adopters embraced solar, kickstarting the market, and incentive programs enabled more and more homeowners to purchase solar systems. The all-electric movement is following a similar path — in fact most of the municipalities that have passed gas bans so far are upper- and middle-class communities. But a more equitable policy approach, such as creating incentives for low-income residents to go all-electric, is needed, said Bruce Nilles, who leads the building electrification program at the Rocky Mountain Institute.

“Everyone has to replace their appliances at some point — water heaters break,” said Nilles. “Let’s make that a seamless process, through incentives and financing.”

In the last two years, California’s Public Utilities Commission (PUC) has been funding pilot programs to help disadvantaged communities transition to the all-electric future that’s being planned for the entire state. In 2019, it awarded $50 million to electrify appliances in 1,600 low-income households in the San Joaquin Valley that currently lack access to gas distribution lines. And in February, the PUC approved a pilot program, funded by revenue from the state’s cap-and-trade emissions auction, that sets aside at least $60 million in financial incentives for all-electric low-income housing.

These pilots, however, are still limited in scope. For some advocates, securing support for all-electric ordinances from affordable housing organizations has proved challenging.

“There’s a lot of fear about increased costs and barriers,” said Diane Bailey, the executive director of Menlo Spark, a climate-focused nonprofit working on clean energy issues in the Silicon Valley region. “And some of those fears are real because affordable housing developers already have so many different hoops they have to jump through, especially to get the tax credits they need to make projects happen.

“The solutions should be statewide,” Bailey added, “because affordable housing developers are complaining loudly that they’re facing a patchwork of rules and regulations from different cities.”

“Gas utilities, developers, and homebuilders associations have lobbied and testified against some cities’ all-electric mandates.”

Gas utilities, developers, and homebuilders associations have lobbied and testified against some cities’ all-electric mandates, citing the importance of preserving “energy choice” for consumers, and contending that they will drive up electric bills for ratepayers and overall costs for developers, restaurants, and other businesses. Last week, the American Petroleum Institute announced it will restructure its field offices around the country, in part to better push back against the national spread of the gas ban movement.

Advocates say they expected this pushback. But no one, of course, saw COVID-19 coming. Now, like everyone else, policymakers and electrification advocates are trying to figure out how to proceed. The lack of affordable housing was already a chronic crisis in California and many Eastern cities. With the mounting economic fallout of the pandemic, affordability concerns are only likely to loom larger.

Despite the challenges of conducting hearings and city business in a time of social distancing, Norton and her colleagues in Newton are pushing their ordinance planning forward and intend to move ahead regardless of the attorney general’s ruling. They hope to get a gas ban passed in the fall.

“Our constituents understand why we’re doing this,” Norton said. “They know we have very aggressive climate goals. At the same time, they want to know, ‘What will it cost? How will it affect me if I sell my house?’”

This story was published by Yale Environment 360 on April 14, 2020. You can find the original article here.